Conducting surveys at the commercial berth of Duqm Port by drones 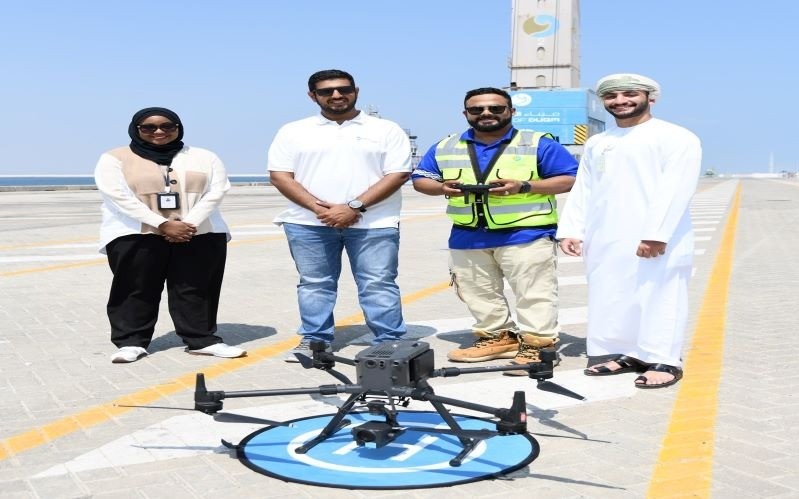 Conducting surveys at the commercial berth of Duqm Port by drones

OPAZ promotes the use of artificial intelligence techniques

The Public Authority for Special Economic Zones and Free Zones (OPAZ) recently held discussion sessions targeting amateur individuals and companies specialised in the use of unmanned aircrafts, drones, to introduce them to the Artificial Intelligence Zone in the Special Economic Zone at Duqm (SEZAD), covering 18 square kilometres. These sessions are streamlined with OPAZ objectives to benefit from the artificial intelligence techniques in the work of the Special Economic Zone at Duqm. And searching for local companies working in this field, as well as providing an opportunity for Omani youth to develop their skills and abilities in the use of drones.

Organising these sessions came to identify the key interests and experiences of the participants in the various uses of drones, in addition to presenting their proposed initiatives that could be implemented in the Artificial Intelligence Zone. Likewise, the participants touched on the most important challenges and issues they face, mainly when obtaining permits and following up the relevant procedures to use these aircraft in different fields. Therefore, the major difficulties and the possible ways of overcoming them, in cooperation with other concerned authorities, were discussed during the sessions too.

In this regard, Issa bin Hamood Al Sumri, Secretary of the Steering Committee for Supervising the Artificial Intelligence Zone, pointed out, “These sessions came in line with OPAZ vision to enhance the role of modern technology and applying the latest standards of technical developments and artificial intelligence in developing businesses in the Special Economic Zone at Duqm. During the sessions, the competencies of companies and individuals working in this field were highlighted, as well as they proposed the different experiments that can be applied in the Zone along with the future business opportunities”.

On the other hand, an experiment was conducted by the GreenBird 3D Company for underwater surveying and inspection. The commercial berth at Port of Duqm was inspecting by a special drone by which underwater photographs were captured to determine the levels of dust complies on the berth and dry dock. In addition to that, the places of rust and leakage could be surveyed by using this drone and modern technologies instead of employing divers to do this mission.

Another experiment was also carried out on the cranes of the Duqm Port, in which the drone was used to carry out an examining survey of the cranes to detect the possibility of cracks or rust in the crane arms. The drone was also used to inspect high places that are difficult for maintenance workers to reach.

Commenting on these experiments, Mohammed bin Salim bin Nasser Al Riyami, Manager of Geomatics Department at GreenBird 3D Company, said: “An attempt was made, during these experiments, to discover opportunities where modern technologies and artificial intelligence could be implemented in various marine works in the Special Economic Zone at Duqm. We highly value the efforts of OPAZ to support local companies specialised in using artificial intelligence techniques and urge them conduct their experiments in Duqm.”