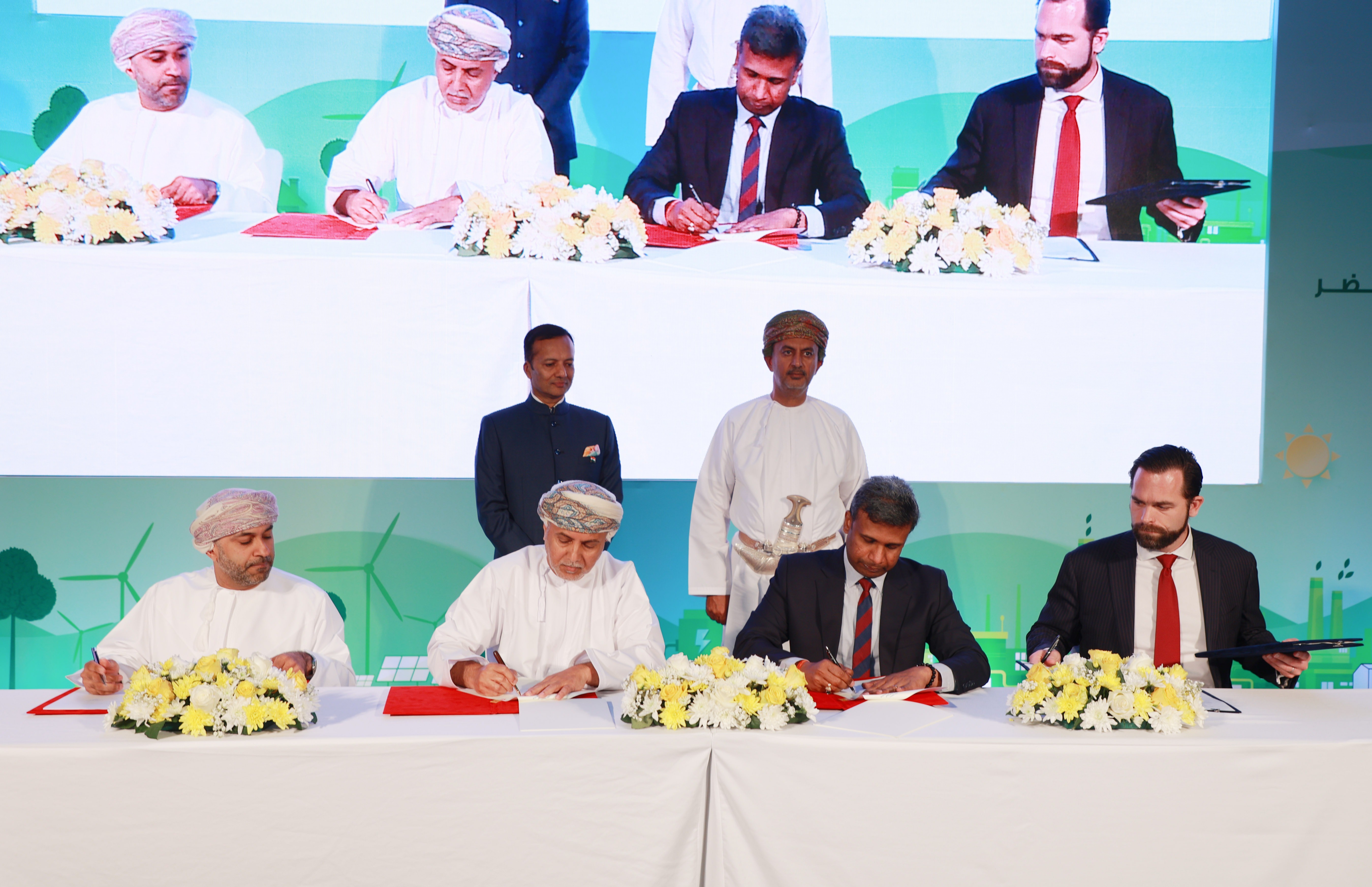 Jindal Shadeed Group, a pioneer in the steel industry, announced that it has selected the Special Economic Zone at Duqm (SEZAD) in the Sultanate of Oman to established a manufacturing facility. Slated to be the largest of its kind within the zone to produce green steel, the factory will also utilize renewable energy sources in its manufacturing operations.

This announcement was made at a ceremony that included the signing of a Memorandum of Understanding and a land allocation agreement. The event was held under the auspices of His Excellency Dr. Ali bin Masoud Al Sunaidy, Chairman of the Public Authority for Special Economic Zones and Free Zones (OPAZ) and included the presence of a number of high-ranking government and private sector officials as well as prominent local and international media.

The Special Economic Zone at Duqm (SEZAD) is the largest economic zone in the Middle East, with an area of 2,000 square kilometers. This strategic project is being built over an area estimated at approximately 2 square kilometers in the concession zone at the Port of Duqm with an investment value estimated at 3 billion USD.

In line with its development efforts, Jindal Shadeed Group also signed an MoU with the centralised utility provider, Marafiq, to provide the plant with the utilities necessary to operate the project such as water services, seawater for cooling purposes, and other Marafiq services. The agreement was signed by Talal Al Lawati, Vice President of Commercial Operations, Marafiq.

Commenting on the series of agreements, His Excellency Eng. Ahmed bin Hassan Al Dheeb expressed his delight in partnering with steel production expert, Jindal Shadeed Group, to develop its manufacturing facility. He reaffirmed that a project of this caliber would be an added value to the heavy industries cluster in the Special Economic Zone at Duqm and would play a vital role in the development of Duqm as a key industrial hub.

He added, “The signing of the MoU and agreement is a testament to the importance of the Special Economic Zone at Duqm and further reinstates its position as a leading and attractive destination for large strategic projects that will benefit from renewable energy and green hydrogen. The availability of solar energy and wind resources throughout the year will encourage more investments in green industries and renewable energy projects in the Sultanate of Oman in general, and Duqm in particular. The Sultanate of Oman is making commendable efforts toward using cleaner sources of energy to meet industrial requirements. The efforts are in line with the priorities of Oman Vision 2040 to use alternative energy and sustainable natural resources. The project also serves the comprehensive national strategy which focuses on reducing emissions and achieving carbon neutrality.”

Adding to this, Harssha Shetty said, “Jindal Shadeed Group is investing more than 3 billion USD to develop this mega steel project in Duqm, and we have already obtained the necessary approvals to secure the land for our Green Hydrogen ready steel project. Our goal is to produce 5 million metric tons of green steel on an annual basis that will create over $800M per annum in country value addition. The plant will supply high quality steel products to automobile, wind energy and consumer durables sector amongst others. There is a booming demand for green steel from ESG conscious customers around the world especially in Europe and Asia, who have already committed significant reduction in Scope 3 emissions by 2030.

Reggy Vermeulen added, “This is a great step for all of us, and we are thrilled to see such a project happen in Port of Duqm - a successful pairing of Jindal Shadeed Group’s expertise in steel production and Port of Duqm’s logistical prowess. This green steel project aligns very well with Port of Duqm’s vision to be a green port operating on sustainable and renewable energy sources in line with the Oman vision 2040 to support economic diversification and reduce reliance on the oil and gas sector. This huge project will not only attract foreign investment but also provide work opportunities for local talent. I would also extend my gratitude to the board of directors for their unending support, and for paving the path for us to attract projects of this scale and implications to Port of Duqm. We are confident that we will benefit from the continuous support of all parties who are committed to making this project a success.”

Talal bin Muhammad Jawad Al Lawati of the Central Services Company also commented saying, "We, at Marafiq Company, are pleased to provide the necessary water services for this vital and important project which will undoubtedly enhance the use of clean energy and green hydrogen in the Special Economic Zone in Duqm. We will ensure that all processes are in place to meet the evolving needs of the project while reinstating our commitment to contributing to other new developmental ventures as well.”