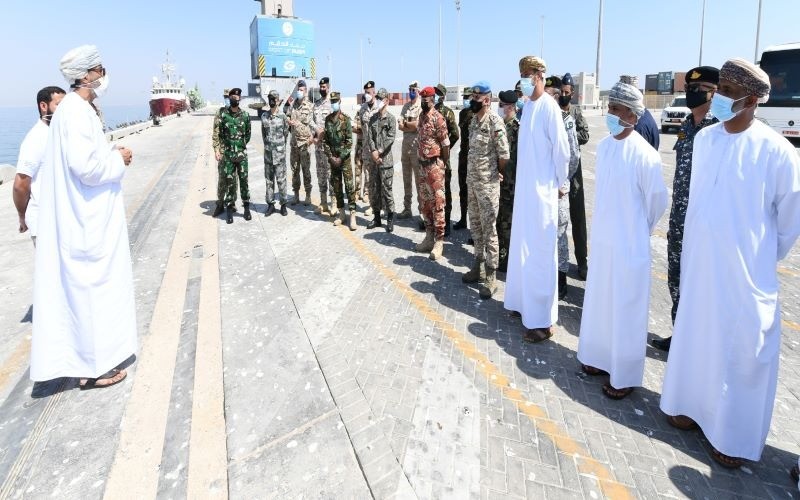 The Public Authority for Special Economic Zones and Free Zones (OPAZ) organized a visit for a number of, residents and non–residents, military attachés in the embassies of brotherly and friendly countries accredited to the Sultanate of Oman, to the Special Economic Zone at Duqm during the period from 15 to 16 February The delegation included a number of senior officers & retired senior officers of the Sultan's Armed Forces Command.

The visit program included a number of presentations on the capabilities of the zone and the advantages, incentives, and facilities offered to businessmen and investors, as well as the basic facilities, the location, the strategic projects that have been implemented and the ongoing projects, in addition to the services provided and the lifestyle of the zone.

The visit also included a field visit to several projects in the zone including Oman Dry Dock, Port of Duqm, Emdaad logistics, and Duqm Refinery.