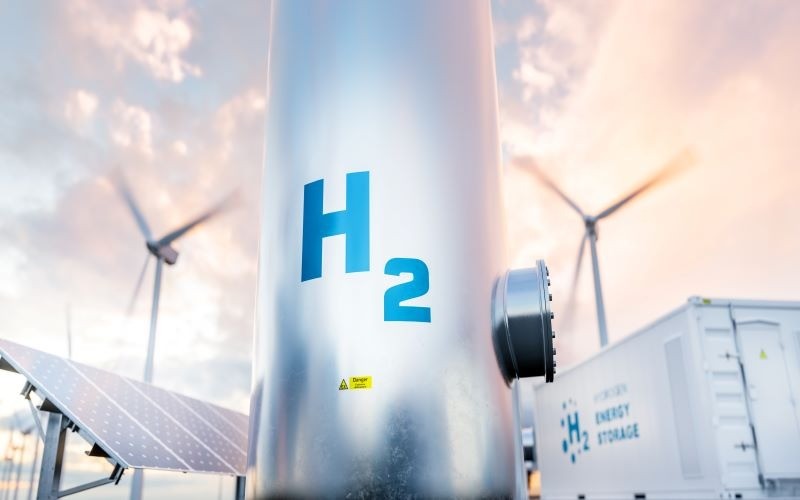 Through its project in Duqm

The Public Authority for Special Economic Zones and Free Zones (OPAZ) commended the announcement of ACME, a leading company in the renewable energy sector, for receiving the first-ever international certificate accredited for commercial production of green hydrogen and ammonia in the world. ACME was awarded this certificate for its project in the Special Economic Zone at Duqm - one of the zones supervised by OPAZ.

The Company received this certificate from the German Technical Services Company TÜV Rheinland, the leading international provider of inspection services, which is one of the global agencies specialised in independent certification services in the renewable energy sector.

The evaluation process, conducted by the German inspection company for ACME green hydrogen project in Duqm, proved that the project meets all the standards set to be globally certified. The process included reviewing the various specified production methods, transportation methods and the different hydrogen applications in the project.

This international certification for commercial production of green hydrogen and ammonia allows the potential customers of this promising industry to ensure that the ammonia and hydrogen of these plants have been produced from renewable energy resources such as wind and sunlight. Likewise, it contains low levels of carbon emissions that contribute to global warming compared to the conventional hydrogen or fossil fuels. Accordingly, this will also contribute to encouraging such investments by signing long-term sales contracts and getting renewable energy facilities provided by various countries worldwide.

This, further, attracts various international companies to invest in the renewable energy sector in the Sultanate of Oman and SEZAD in particular. It also promotes the government’s efforts to boost the Sultanate of Oman’s position on the global map in the field of green hydrogen production and export as the first country in the world to be awarded this international certificate. This acknowledgment will as well contribute to the shift to alternative energy and diversifying sources of income in accordance with Oman Vision 2040.

Commenting on this international certificate, Eng. Yahya bin Khamis Al Zadjali, In Charge of Managing the Operations of the Special Economic Zone at Duqm (SEZAD), said, “We are pleased for ACME has received this certificate, emphasising the promising future of renewable energy sector in SEZAD, which enjoys a strategic location close to the resources of global energy. In addition, the Zone is furnished with a package of infrastructure including ports and roads, which will facilitate the export of this energy to various countries around the world”.

On the other hand, Jalal bin Abdulkarim Al Lawati, from the Public Authority for Special Economic Zones and Free Zones, remarked “ACME’s certificate marks a great achievement for renewable energy sector in the Sultanate of Oman and will contribute to localising this industry for which OPAZ has allocated about 200 sqkm in Duqm. OPAZ also continues to study many other investments applications in this sector in other free zones such as Sohar, Salalah and Al Mazunah, in addition to Duqm”.

It is worth mentioning that ACME Company stands as one of the largest companies in the alternative energy sector in India, and operates electrical plants by solar energy. Besides, it has recently announced a joint venture with the Norwegian company “Scatec” in the green hydrogen project in Duqm. ACME also signed, in August last year with the Public Authority for Special Economic Zones and Free Zones, the land reservation agreement for the green hydrogen project in the Special Economic Zone at Duqm, which is expected to produce 100,000 tonnes of green ammonia annually in the project’s first phase.